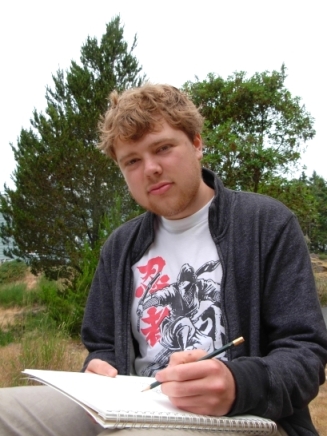 With sketchpad in hand, Jordan Weiss walks out his back door and perches on a rocky bluff overlooking the Juan de Fuca Strait and the forested shores of the Olympic Peninsula beyond. The only sound as he works is the occasional rustle of dry grass and the shushing of his pencil across the pad.

For many, the tranquil and unhurried life here in rural East Sooke on southern Vancouver Island would be a dream come true. But for a teenager who is here by necessity, this paradise can also be a prison.

“I am very isolated here,” says 19-year-old Jordan. “I have very little socialization beyond my family.”

The reason for Jordan’s isolation is his extreme sensitivity to wireless radiation. Exposure to wi-fi, cell towers, and even cell phones causes a range of physical maladies for Jordan as well as horrifying “night terrors”—a form of sleep-walking that can result in serious injury, and has on more than one occasion. 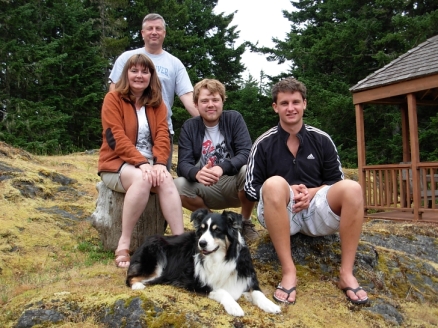 In 2012, Jordan’s parents uprooted the family from their Cadboro Bay neighbourhood near University of Victoria and purchased the remote house and 3-acre parcel in East Sooke in a desperate bid to escape wireless radiation and give Jordan a chance to live a healthy life. (Jordan’s mother is also electrosensitive, but his father and older brother are not.) 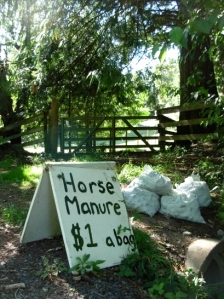 After much looking at rural properties within commuting distance of Victoria where both parents still work, the family found an area in East Sooke that, because of landscape configuration, offered little or no cell phone reception. A handful of houses are located on that strip of land. One of those houses was for sale.

(Interestingly, another of these properties belongs to a building biologist who bought there for the same reason—to reduce exposure to ambient wireless radiation. At the rate electrosensitivity is increasing in the population, one can only wonder how many years it will be before “No cell phone reception” becomes a coveted selling feature for real estate.)

“Moving out here is not the complete answer,” Jordan tells me. “It’s a good start. But, as a teenager, I still can’t go out there and do the stuff I want to do.”

Most teenage activities are in wi-fi’ed locations—whether it’s a café, school, rec centre, or private home. Nor are teenagers inclined to turn off their cell phones when asked.

Jordan cooks us up an omelette with his special sauce.
(Photo © Kim Goldberg 2013)

“They make fun of me,” Jordan says of his attempts to ask friends to shut off their phones. “They don’t want to say it, but they think it’s all in my head. I want to be around people who love me for who I am and are not always on their cell phones.”

Jordan’s electrosensitivity first manifest when he was 11, soon after he got orthodontic braces. (This is an increasingly common scenario for many electrosensitive children due to wi-fi in schools. Metal dental braces literally become an antenna, drawing ambient radiation into a child’s head.) Jordan began experiencing blistering headaches, nausea, clumsiness, weak legs, inability to focus or retain information, and severe exhaustion.

His mother Karen believes the underlying trigger for Jordan’s electrosensitivity may reach as far back as pre-school when his daycare for two years of his life was across the street from a cell tower.

Jordan’s symptoms swelled to crisis proportions when the family renovated their former home and installed wi-fi and cordless DECT 6.0 phones throughout, including beside Jordan’s bed. He felt awful at friends’ homes with wi-fi, and felt great when sleeping over at friends’ homes without wi-fi.

After much research, investigation, and visits to doctors and sleep clinics, Jordan’s parents finally identified the cause of his problems: wireless radiation. They removed the wi-fi and cordless phones from their home, and Jordan immediately improved—at least for his hours spent at home.

“When we first figured out what was wrong, we were relieved,” Jordan’s mother Karen recalls. “At last we had an answer. But then we thought about what it means—it’s like being allergic to society.”

From his balcony, Jordan surveys the rugged rural terrain of East Sooke, and the Juan de Fuca Strait beyond.
(Photo © Kim Goldberg 2013)

The move to East Sooke has virtually put an end to the harrowing and dangerous night terrors. Yet every foray out into the world to attend an art class or social gathering or a meeting of the local mountain bike club risks a re-appearance of symptoms due to ubiquitous wireless radiation.

“It is really a life-altering issue that adds an entirely new dimension to almost every decision Jordan makes,” Karen says.

Jordan is a young man of many talents. He cooks us a scrumptious omelette made with his special sauce, then sits on the sofa and plays the Djembe (an African drum) with gusto. He tells me he would someday like to create graphic novels and design video games. A display case in the hall holds an impressive sampling of his sculptural works and other art.

Yet with electrosensitivity dictating where he can and cannot go, limiting his training opportunities as well as social interaction and future workplaces, Jordan faces more challenges than most young people in discovering his path through this world and how to ply his talents in it.

In earlier years, he had wanted to be an architect. But now, the prospect of spending years at university—awash as they all are in wi-fi, cell towers, cell phones, iPads, laptops, and myriad other wireless devices—seems out of reach.

Last winter, Jordan was training to be a ski instructor at Mount Washington on Vancouver Island. But the presence of a cell tower, plus the radios they all had to carry, nixed that plan.

Most people, if asked to describe their ideal life, would talk about getting a piece of land, or finding that special someone, or having the time and money to write novels, or just kicking back in a thatched palapa on a tropical beach.

When I ask Jordan what his ideal life would be, he immediately replies: “A life without pain or sickness.”

And to a large degree, that is what he now has at his new home in East Sooke. His special refuge is rugged East Sooke Park, located just below his home. He visits it frequently with his Australian shepherd, Keisha.

“I have always been drawn to flowing water,” Jordan tells me. “There’s one spot I hike to at East Sooke Park with Keisha—it’s overlooking a chasm. There’s water crashing all around me, and I just lie there until Keisha wanders off and I have to go get her.”

(Jordan Weiss’s story will be included in Kim Goldberg’s forthcoming book REFUGIUM: Wi-Fi Exiles and the Coming Electroplague, due out in 2014. Read more people’s stories here.)