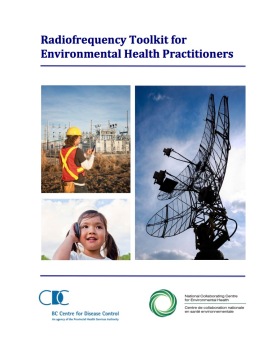 The entire document can be viewed and downloaded here.

The weighty tome appears to be primarily a government whitewash of the wireless industry, in an effort to allay legitimate public concern about the biotoxic nature of RF radiation from cell phones, cordless phones, wi-fi, and (most significantly to the BC government) smart meters.

The report drowns us in “science” designed to make any reader feel that if she can’t wade through dozens of mathematical equations using long strings of Greek letters, then she isn’t qualified to speak out about RF hazards.

The report trots out all the predictable faulty logic and false analogies such as telling us on page 25 that our own bodies are constantly emitting EMF in the 31,000 GHz range (i.e., our infra-red heat signature). So why worry about the lower frequencies of our wireless devices, seems to be the implied question/statement. 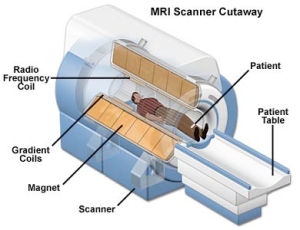 But then on page 31, something interesting pops up. While describing the purportedly benign Magnetic Resonance Imaging (MRI) machines used in hospital radiology, the report tells us that “RF fields of 10-400 MHz [are used] to excite the protons in the body and cause them to emit radio waves for the acquisition of anatomical images.”

(For a more detailed description of this phenomenon of proton excitation by radio frequencies, see the British Medical Journal article on Magnetic Resonance Imaging.)

Thanks so much for making my case for me.

Yes, it can certainly be medically useful (at times) to have those MRI images. But the relevant take-away here is that our protons are perpetually being turned into RF transmitters by our daily exposure to wireless RF radiation from smart meters, cell phones, wi-fi, and more.

And that particular transformation of our bodies at a sub-atomic level is one that nobody signed on for and most people would reject if they knew it was happening to them.

Like Loading...
Join 508 other followers
re·fu·gi·um—An area that has escaped changes occurring elsewhere, thereby providing suitable habitat in which organisms can survive through a period of unfavorable conditions. [from Latin refugium, from refugere to flee away, from re- + fugere to escape]